Aleksandr Riabushenko: “when I realized I could win, I tried hard to succeed. Now I am pumped for the professionals” 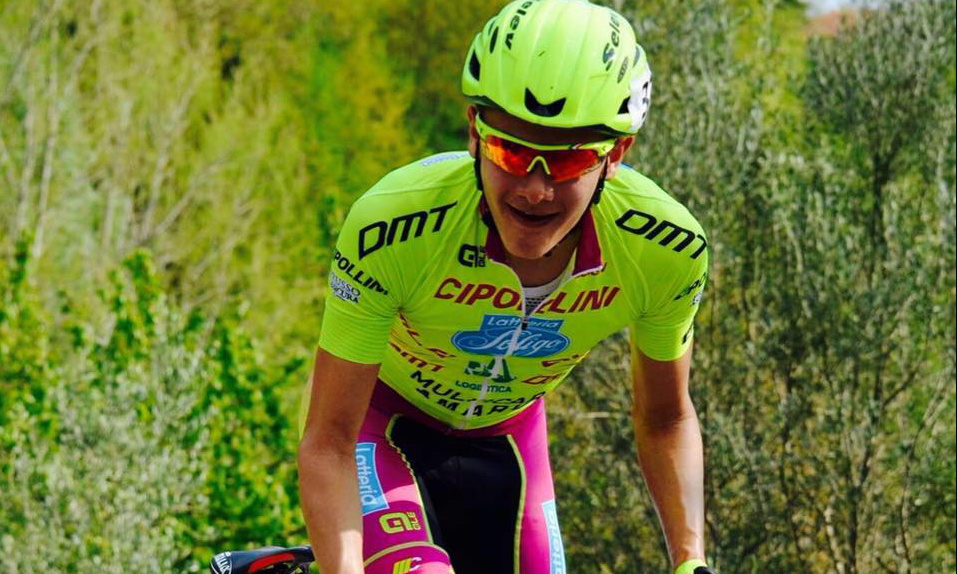 23 years old, Belorussian passport but Italian (cyclist) heart, Aleksandr Riabushenko won the 2017 edition of the Piccolo Giro di Lombardia after a great race. Now he is getting ready for his debut as a professional cyclist. We asked Aleksandr what this victory means for him and what are his plans for the future, which we believe will be bright.

How important was this victory for you?
I had high hopes, I knew that was my last occasion to run the Piccolo Lombardia and I wanted to pay tribute to such an amazing race. Now that I won it, my only regret is I will not be able to participate in it anymore, but the Giro di Lombardia is waiting for me, which is a great consolation!

When did you realize you could win the Piccolo Giro?
I have had a good feeling when there were only three of us leading the competition. On the rise from Marconaga to Ello, at only 8 km before the finish line, I realized I could do it, my legs felt fine and I had the strength for the final sprint.

What do you expect from your future career as a professional cyclist?
I am confident I can do a good job, I want to grow and I will give it everything to win also as a professional, but I know everything will be different from now. The path will be challenging and for me this victory represents a starting point rather than a point of arrival.

You will soon experience the life as professional with the UAE Team Emirates, but how was the experience of Palazzago?
After two years in Tuscany, I have lived other two beautiful and intense years in Palazzago, where I managed to do a good job. I also have to thank this great team and its trainers for that.

If you think about your future career, do you see yourself more as a racer in classic competitions or in stage races?
I see myself more in a one day race for the moment, but I don’t rule out a professional evolution which could lead me to a stage race.

Who is your reference point, who inspires you?
Among the professionals there is definitely Alejandro Valverde, a great climber and a great champion.