Il Piccolo Lombardia: there will also be the new Under 23 world champion Filippo Baroncini 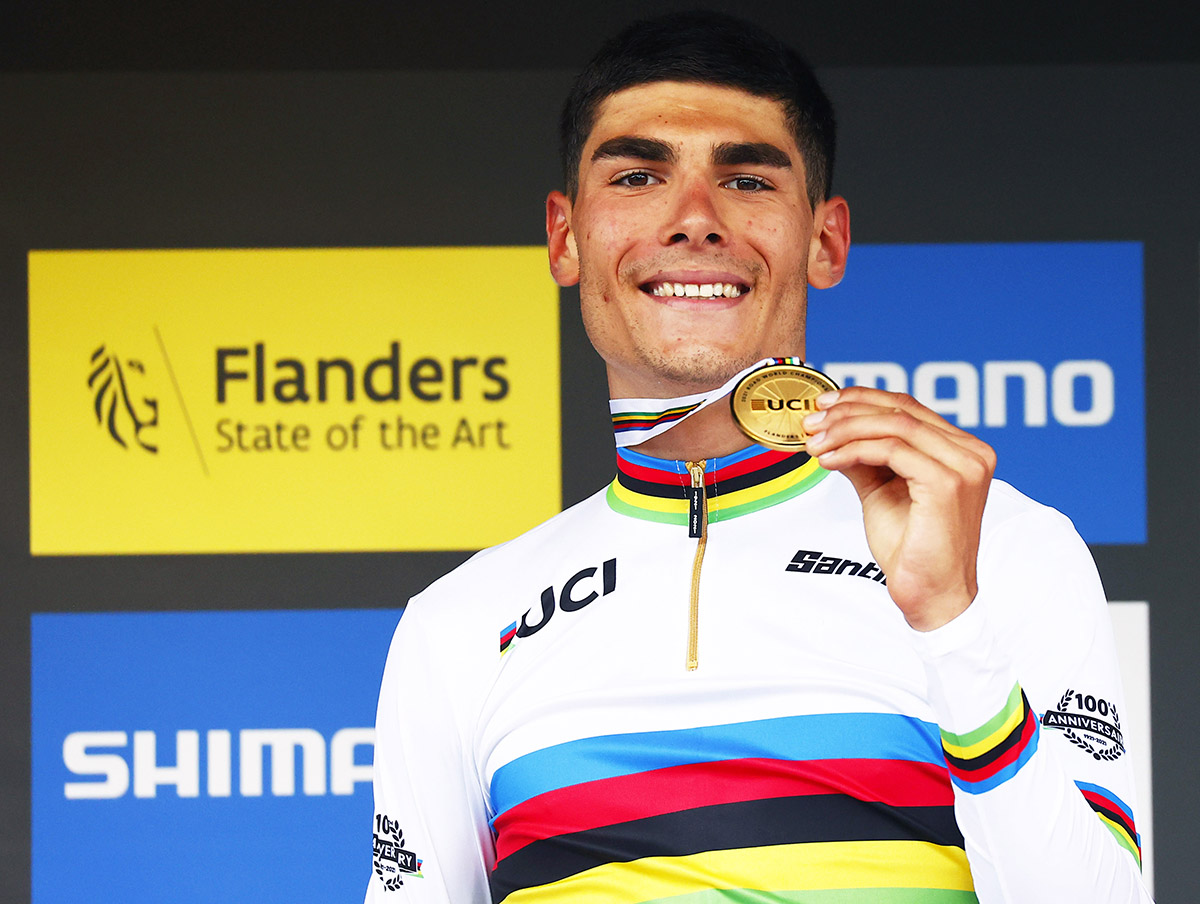 Last Friday 24th September in Belgium he has been graduated world champion on the Under 23 road race,  giving show and emotions.

Sunday 3rd October the neo-world champion Filippo Baroncini of the Team Colpack Ballan will be in Oggiono to take part and to honour the Piccolo Giro di Lombardia, international cycling classic reserved to the Under 23 category (photo Rodella/Team Colpack Ballan).

A presence that fills of pride the organizers of the Velo Club Oggiono that after Samuele Battistella two years ago, see again the rainbow jersey to their race thanks to the presence of the 21 years old rider from Ravenna of Massa Lombarda.

Today he will make his debut in the world champion's jersey at the Ruota d'Oro in Tuscany and Il Piccolo Lombardia will be one of the last prestigious appointments for him to try to leave another mark on an already fantastic season among the Under 23s, in fact Baroncini this year also won the Italian time trial title and the silver medal at the European Championships in Trento. Next year he will turn professional with Trek-Segafredo.

The world champion Filippo Baroncini will be the brightest star in a firmament of athletes of the highest level, Italians and foreigners, who, as every year, will animate the race of Oggiono that can count on a parterre of participants of the highest level and that represents the ideal launching pad for future champions.

The definitive list of the teams that will line up at the start is being defined and will be communicated in the next few days.