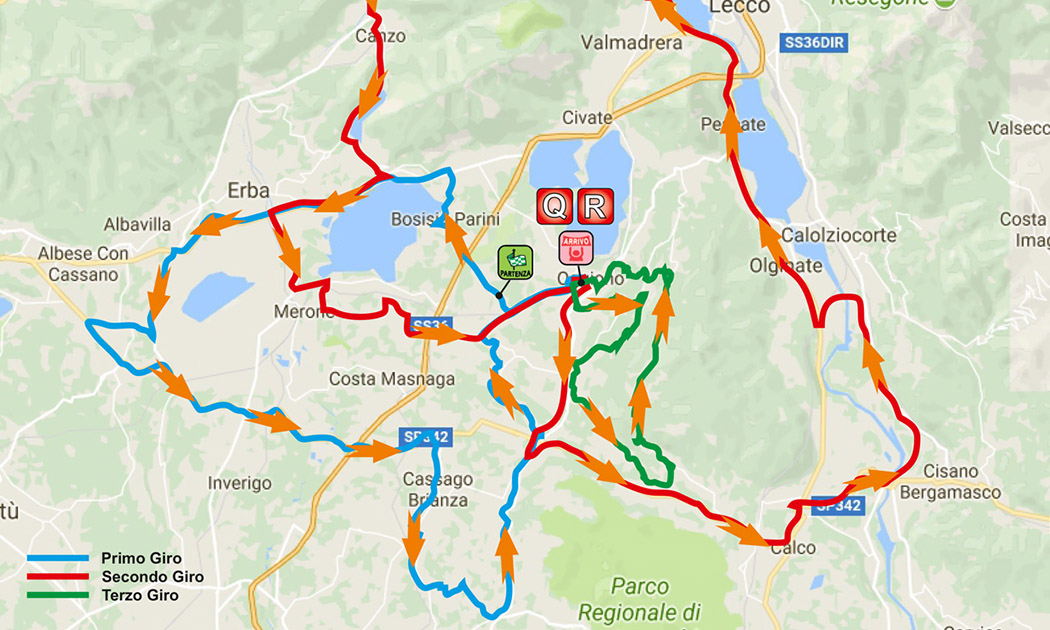 OGGIONO (LC) - The Piccolo Giro di Lombardia, classic of international cycling for the Under 23 category, scheduled in Oggiono (Lecco) on Sunday 7 October 2018, cuts the historic finish line of the ninetieth edition.

The path proposed by Velo Club Oggiono is the tried and tested one that for some years is a guarantee of performance and able to bring out a winner of undisputed value.
The meeting point for the preliminary operations and the verification of licenses is scheduled at 8 am at the BCC Brianza e Laghi Bank headquarters in via Lazzaretto 15 / A in Oggiono. The presentation of all the participating teams will follow. The official departure will be given in Viale Vittoria at 11,50.
In total the competitors will have to travel 174.70 km, drawn between the provinces of Lecco, Como, Monza Brianza and Bergamo and the arrival is scheduled around 4 pm at Oggiono.

The president of the Organizing Committee Daniele Fumagalli explains: "The riders will make a first lap in the Brianza hills before going to face the ascent of Ghisallo (after about 112 km, ed) which is historic for our race. Then in the end there are the two typical rips of our area, first the "Villa Vergano" leading to Colle Brianza, then the Marconaga of Ello that will probably be the points where the race will be decided this year ".

The president of the Velo Club Oggiono, speaking of the track, also lets himself go to pleasant memories: "The 2014 edition was perhaps the most beautiful one since we are engaged in this organization. Definitely one of the most compelling for the quality of the riders left in front of contending for success. Just in the "Villa Vergano" a trio had escaped including Gianni Moscon of Zalf-Fior, the Belgian Dylan Teuns of BMC Development and the French Pierre Roger Latour of AG2R-Chamberry. Moscon won, but all three today are confirming all their value even among the professionals ". In these days Trentino has lined up two great victories at the Coppa Agostoni and the Giro di Toscana. The Belgian Teuns has already collected eight successes among which stands out the final classification of the Tour of Poland in 2017. The tansalpino Latour won the youth rankings at the last Tour de France. This is just to underline how much baby Lombardy and its path are revealers of great talents of world cycling.

THE ASCENTS OF THE LITTLE TOUR OF LOMBARDIA 2018: