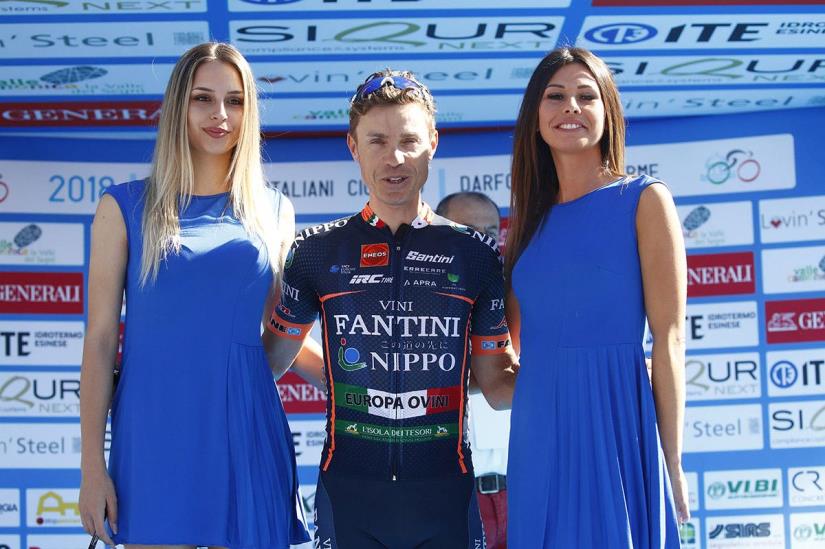 OGGIONO (LC) - Damiano Cunego will be the guest of honor who on Friday, September 7th at Oggiono will be the godfather at the presentation evening of the edition number 90 of the Piccolo Giro di Lombardia.

"Il Piccolo Principe", professional cyclist since 2002 and who this year decided to put an end to his brilliant career, can boast in his palmares, among others, a victory of the Giro d'Italia in 2004, three successes at the Giro of Lombardy (2004, 2007 and 2008), an Amstel Gold Race (2008) and a silver medal at the 2008 World Championships in Varese (in the photo BettiniPhoto, Damiano Cunego before the last Italian Championship played this year at Darfo Boario Terme).

The Organizing Committee of Velo Club Oggiono chaired by Daniele Fumagalli wanted this year to honor the presence of the Veronese champion, an example in terms of professionalism also for the many young people who will take part in Oggiono on the 7th of October for the international cycling class category Under 23. The appointment is therefore for Friday, September 7 from 20.30 in Piazza Garibaldi (Piazza del Comune) in Oggiono, in the province of Lecco, when in the presence of many authorities, sportsmen and enthusiasts will be unveiled all the details del Piccolo Lombardia 2018 which, once again, will bring the best young talents of world cycling to the Lombard roads.