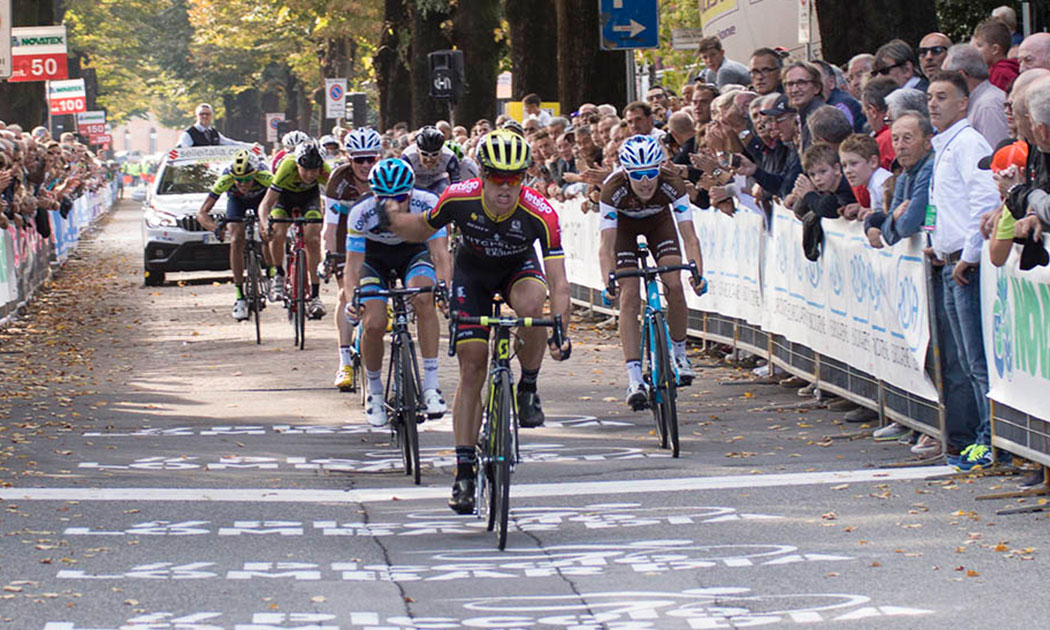 OGGIONO (LC) - He was one of the big favorites on the eve and did not betray the expectations. The Australian Robert Stannard won the 90th Piccolo Giro di Lombardia, classic of the international cycling for the category Under 23 race today in Oggiono (Lecco). Second place for the Valtellinese Andrea Bagioli (Team Colpack) and third the French Clement Champoussin (Chambery Cyclisme Formation).

A podium of the highest level, a beautiful race - also kissed by a beautiful sunny day and the presence of a large audience - and therefore a new organizational success for the Velo Club Oggiono of President Daniele Fumagalli.

At the start there are 161 competitors, with different talents of world cycling. After a series of initial skirmishes, at the 58th kilometer the escape of a trio is made up of Yuri Colonna (Petroli Florence Hopplà Maserati), Samuele Zoccarato (General Store) and Andrea Bartolozzi (Viris Vigevano), who earn up to 3'05 " of advantage on the group.

At the beginning of the ascent of Ghisallo the three still retain 1'10 "ahead of the peloton. After the first ramps he lengthens solitary to the command Zoccarato, but also he is taken from the vanguard of the group before the brow. At the Gpm of the Madonna del Ghisallo passes in the first position the blue Samuele Battistella (Zalf-Fior), in front of Andrea Bagioli and third Clement Champoussin.

The race comes on the ascent of Villa Vergano with the forcing imposed by the French Champoussin who takes away with him also Stannard, Bagioli and Battistella. At km 160 are also Andrea Cacciotti (Petroli Firenze), Nicolas Prodhomme (Chambery), Stefan De Bod (Dimension Data), Simone Zandomeneghi (Iseo Serrature), Mauri Vansevenant (EFC L & R Vulsteke), Gordian Banzer (Akros). Unfortunate Italian Battistella stopped by a puncture. There are nine left to play the sprint victory with Stannard who leaves no way to his opponents and wins one of the most beautiful victories of his young career.

Tonight at 22.45 Raisport will dedicate a summary of 45 minutes to the Little Lombardy. A replica will be aired, again on Raisport, Tuesday, October 9th at 5:30 pm.