Filippo Ganna the predestined, in 2016 he was among the protagonists of the Piccolo Giro di Lombardia in Oggiono 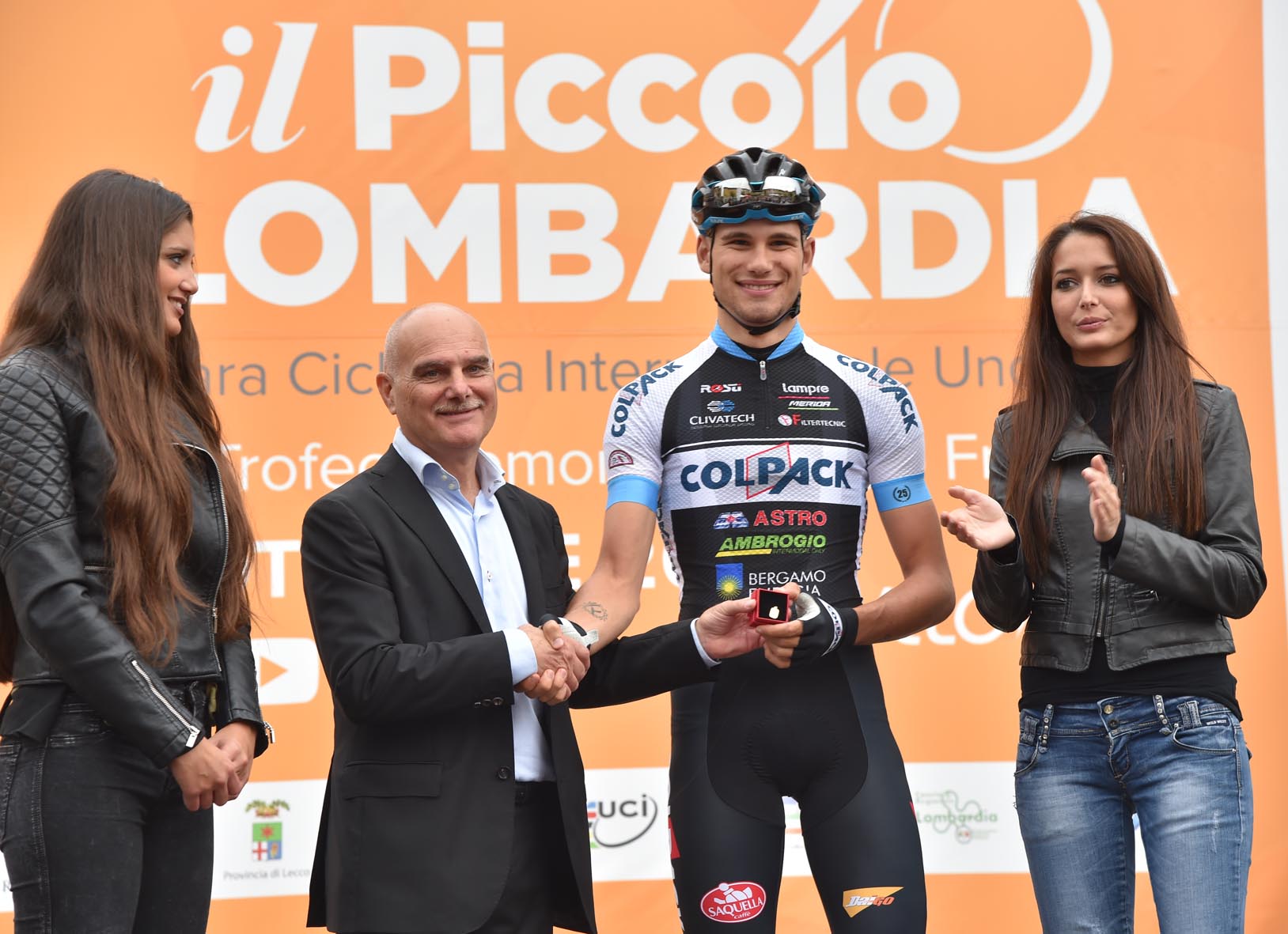 Last Sunday in Bruges, Belgium, Filippo Ganna wrote another memorable page in his career and in the history of Italian cycling by winning, for the second year in a row, the ITT World Championship. He is undoubtedly the man of the moment, the cover man of Italian cycling.

An extraordinary result. The further certification of a unique champion and a heritage of Italian sport. A guy who during his already amazing youth career also passed through Oggiono and the Piccolo Giro di Lombardia.

It was the 2016 season, he was defending the colours of Team Colpack, and before the start he was awarded by the president of Velo Club Oggiono Daniele Fumagalli. Already in that season he had been able to win his first world title in the Individual Track Pursuit among the Elite, the Paris-Roubaix Under 23, the European track title and the Italian time trial title in addition to many other successes. In short, a predestined rider. And that year he wanted to be present at the Piccolo Lombardia because, even participation alone, represents a fundamental step in the career of a young cyclist, before the transition to professionalism. It was and still is for many. It was also so for Ganna.

"I remember that he took part in our race even though he confessed to me before the start that the course was not really suited to his characteristics," says Velo Club Oggiono president Daniele Fumagalli, "but he really wanted to be there and he was proud to take part in an important international race like the Piccolo Lombardia because it is a 'curriculum vitae' before turning professional. We had rewarded him before the start because he already had the stigmata of the predestined. Seeing Ganna today competing at such a high level and obtaining such prestigious victories is a satisfaction for us as well and gives us the energy to continue with this event aimed at young promising cyclists".

It is said that the Piccolo Lombardia is the race of future champions. And the roll of honour is there to prove it. There are so many young people who have passed through here before taking off towards the most important goals in international cycling.

It will be like that again this year, with the 93rd edition scheduled for Sunday, October 3rd, 2021 when in Oggiono (Lc), once again, are expected almost 200 young talents from all over the world in search of glory and a pass for the cycling that counts.