Piccolo Giro di Lombardia: here is the route of the 2021 edition 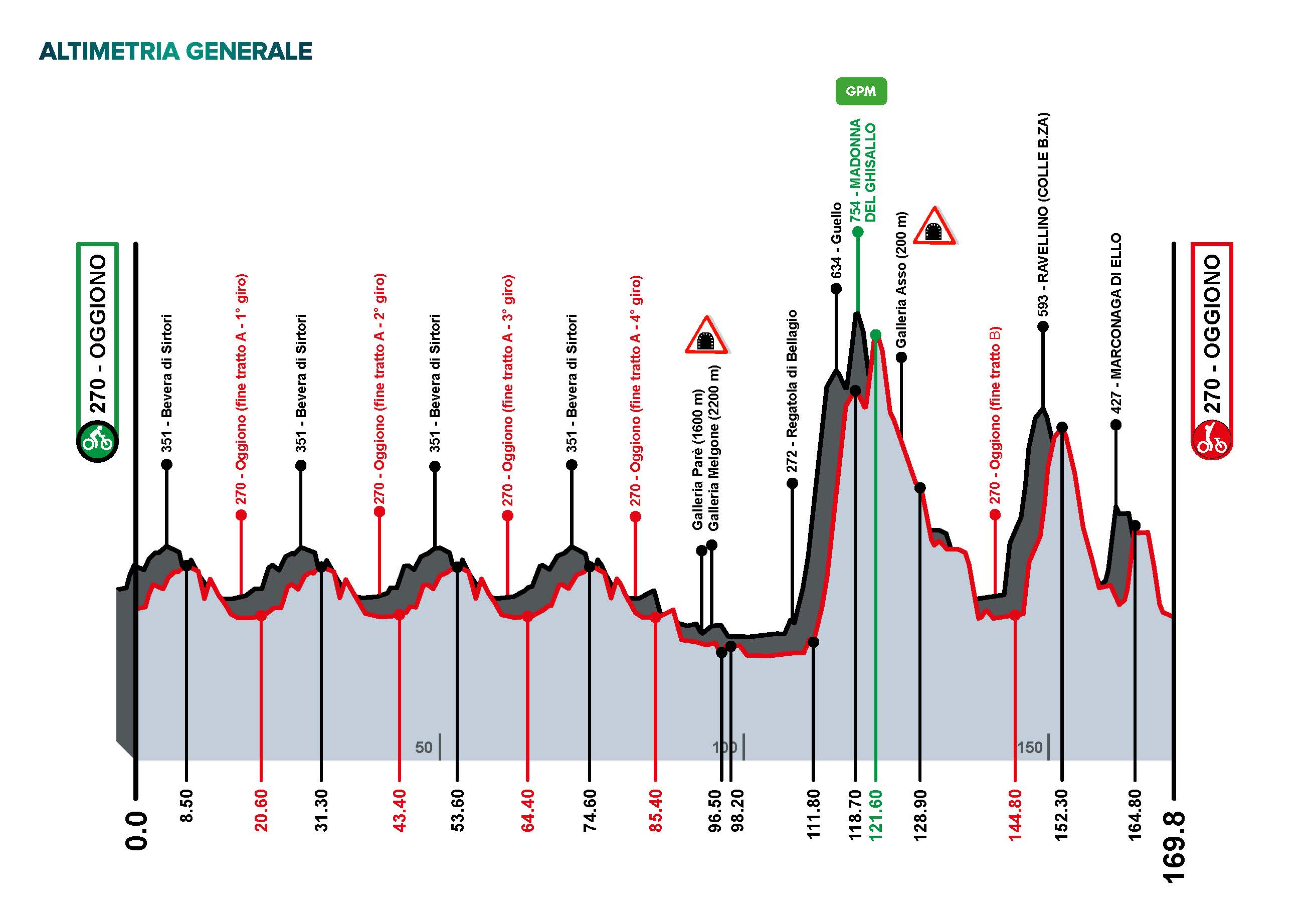 The Piccolo Giro di Lombardia, a classic of international cycling for the Under 23 category, scheduled in Oggiono (Lecco) on Sunday, October 3, 2021, proposes a fascinating and very challenging route also this year.

The route designed by Velo Club Oggiono presents this season some news and as already announced in recent weeks, for logistical problems related to the concurrence with the administrative elections, for this year will have to give up the climb of Villa Vergano.
The initial section proposes four laps of a circuit around the Oggionese area with four passages from Bevera di Sirtori without the last more challenging stretch towards Sirtori.

Confirmed the legendary climb to Ghisallo (after about 121 km) that will probably give a first skim to the group and then in the final will be Ravellino, with the descent from Colle Brianza, and especially the usual Marconaga di Ello (located just under 6 km from the finish) to act as a springboard to the finish line of Oggiono and to bring out the talent of the best.

This year there will also be a change in the meeting place and for the preliminary operations and licence verification which will take place from 8.00 am in the Council Chamber of the Municipality of Oggiono in Piazza Garibaldi, 14. This will be followed from 10.30 by the presentation of all participating teams. The official start will be given in Viale Vittoria at 12 noon.
In total the competitors will have to cover 169.8 km. The arrival is expected around 4 pm in Oggiono.

The president of the Velo Club Oggiono Daniele Fumagalli said: "The coincidence with the local elections has forced us to change a little 'the traditional route to avoid the passage in the areas of polling stations, but we have designed a route very similar to that of past editions. The initial laps are all ups and downs, but without the Sirtori, they are a little less demanding than a year ago. We confirm the climb to Ghisallo and in the finale we no longer have Villa Vergano, but let's say we go around it and then the grand finale with the Marconaga di Ello and the finish. There will be no lack of entertainment this year either".


WATCH THE VIDEO TRAILER OF THE SMALL TOUR OF LOMBARDY: https://fb.watch/88AXmlnx5I/

WATCH THE VIDEO OVERVIEW OF THE RACE ROUTE: https://youtu.be/uIdp_cGfs3U