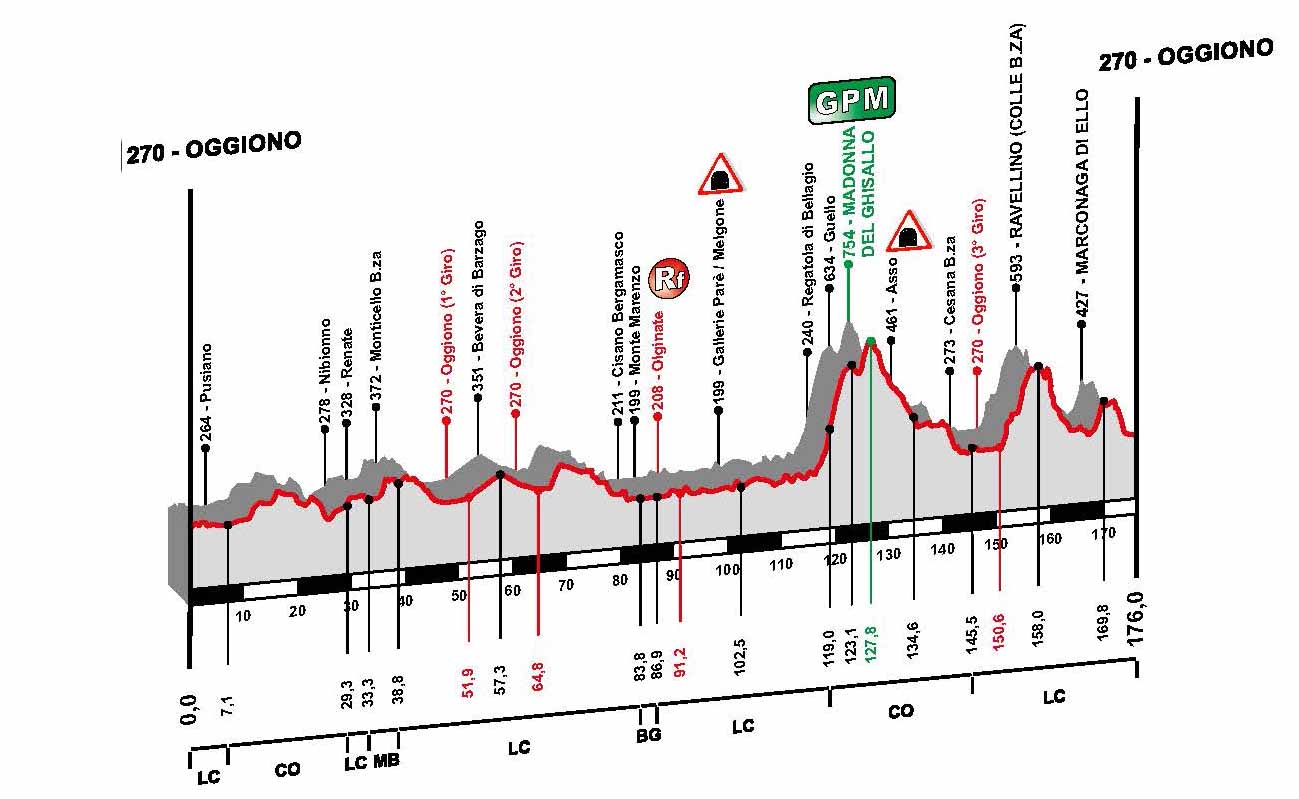 A route designed by Velo Club Oggiono which for several years has been a guarantee of entertainment and capable of bringing out a winner of undisputed value.

The meeting for the preliminary operations and the verification of the licenses is scheduled from 8.00 am in the headquarters of the Bank BCC Brianza and Laghi in via Lazzaretto 15 / A in Oggiono. The presentation of all participating teams will follow. The official start will be given in Viale Vittoria at 11.55.
In total the riders will have to ride 176 km, drawn between the provinces of Lecco, Como, Monza Brianza and Bergamo and the arrival is expected around 4.15 pm in Oggiono.

The riders will take a first lap in the Brianza hills before going to face the Ghisallo climb (after about 127 km) which is historic for this event. Then the classic and spectacular finale with the tear of "Villa Vergano" that leads to Colle Brianza, then the Marconaga of Ello that will probably be the points where the race will be decided this year too and that will make the name of a new one emerge winner, destined then to make people talk so much about themselves in the future, among pro riders, as happened for many of those who preceded him.